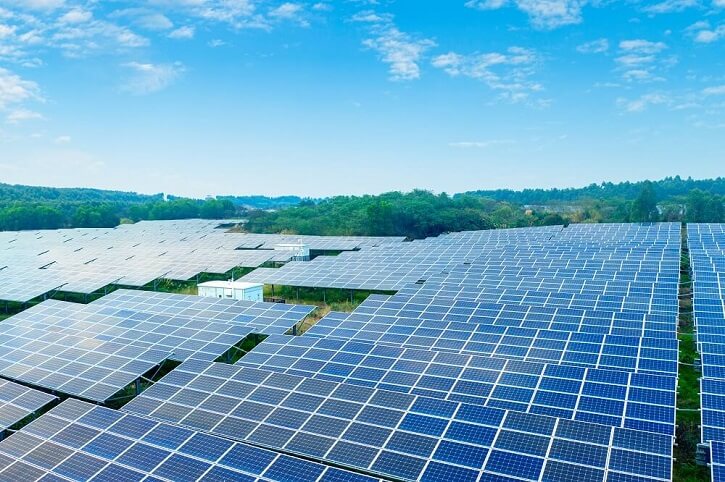 Australia’s renewable energy research capacity has seen a massive increase recently, thanks to the completion of The University of Queensland’s 64-megawatt solar farm at Warwick in the state’s southeast. The solar farm looks set to provide all of UQ’s energy, as well as serve as a valuable addition to the growing renewable energy sector in Australia.

The University of Queensland says that the choice is more than just economical. With Government and industry looking to UQ for their expertise in renewable energy technology, completion of the Warwick solar farm is seen as a great act of leadership in the industry.

What is Warwick Solar Farm?

The solar farm in Warwick will first and foremost help the University of Queensland offset 100% of their energy use with renewable. However, the facility serves as much more than just a money-saving asset.

UQ intends to use the solar farm as valuable research and teaching tool, with plans already underway to test and work on emerging battery storage and hydrogen conversion technologies. So, it’s not just a win for the University, but for its students too. In fact, the whole renewable energy industry should benefit from the Warwick solar farm, as UQ intends to continue publishing their research, sharing it with government and commercial operators alike.

How Much Energy Does it Produce?

The Warwick solar farm is a 64-megawatt installation. The University expects it will generate around 160 GWh of energy per year, which is more than enough to power their own buildings. This sort of output is roughly the equivalent of powering 25,000 households. For those more interested in how it measures up in an environmental sense, the Warwick solar farm has the potential to decrease coal consumption by more than 60,000 tonnes.

Future Opportunities in the Renewable Sector

In addition to the completion of this fantastic solar farm in Warwick, the University reports that interest in renewables is booming. They acknowledge that the world increasingly demands more energy for economic development and human wellbeing, renewables are going to have to carry much of the load into the future.

The booming renewables industry is also a point of interest for the 1000+ engineering students enrolled at UQ each year. Faculty of Engineering, Architecture and Information Technology Executive Dean Professor Vicki Chen says the students have been extremely interested in learning more about renewables, and particularly the University’s own moves in that direction. Also, the Master of Sustainable Energy students will benefit greatly from working hands-on with UQ’s own data.