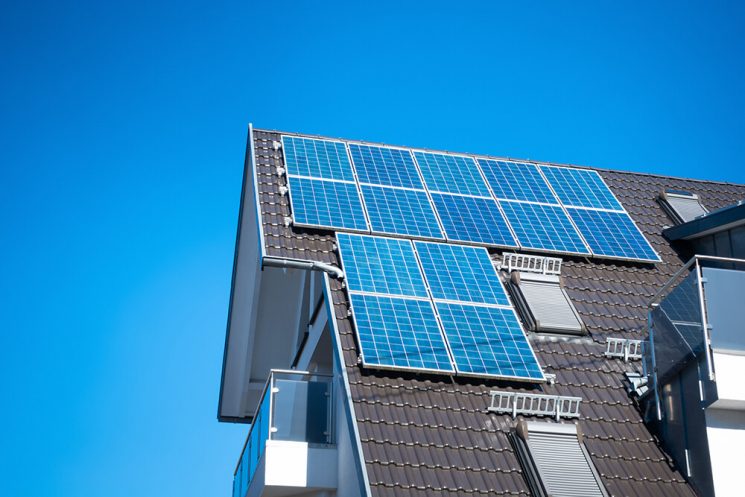 As solar continues to catch on with householders, business owners are increasingly thinking about installing arrays at their commercial premises. A commercial installation can be a bit more complicated than a residential one, but at some sizes it can be cheaper and can also have a shorter payback period.

If you’re running a small business, with monthly bills of less than $3,000, this post is for you.

The benefits of commercial solar

Smaller commercial installations usually have shorter payback periods than residential arrays. This is primarily because most commercial premises operate during daylight hours. The more power that’s used directly by the business, the bigger the savings. As most households are unoccupied during daylight hours, with people being at work or school, then domestic installations aren’t automatically using all of the energy they generate.

The price per kW is often lower for commercial

As well as the ideal daily load profile for commercial, the price per kW is also lower in many cases.

While most inverters can handle up to 1,000V from their panels, regulations restrict domestic inverters to 600V DC. If you want to install more than 12-14 panels then you’ll need an extra string, which involves more materials and labour. Commercial premises have a 1,000V limit, enabling strings of 20-24 panels, which can reduce parts and labour costs.

Adding extra panels is much cheaper

Not only is it cheaper to add more panels to a commercial installation, but you’ll also get the additional STCs with your larger installation. All those STCs are going to bring down the upfront costs of the array and because you can have more panels, you’ll save – and possibly make – more money going forward.

You might be thinking that the more panels you have, the better, but there are limits. Once you get over 30kW of inverter capacity – around 39kW of panel capacity, then some charges kick in that push your price per kW right up. A 40kW system is significantly more expensive than a 39kW one. The charges don’t go up much beyond 40kW, though, so if you’re planning to go over 40kW, then go large to make sure that your energy generation and feed-in income outweighs the charges and additional installation costs.

Generally, the best price per kW is at around 33kW because you only need one inverter; 39kW is a bit more expensive, but still offers great returns.

Once you go over 40kW, there’s application fees, engineering costs and also extra inverters in the mix. This eats into any profits and savings you might make with an array of 40-60kW, with 60kW being another great size in terms of costs vs output.

Between 60kW and 80kW lies another slump zone, so if you’re panning to go over 60kW head for 80kW, as inverter configurations and labour costs are paid off by the returns. The next sweet-spot is 100kW, for the same reasons as before, but once you exceed 100kW, you’re out of the small-scale technology certificate zone and into the large-scale zone, which is a whole new level of costs and application fees.