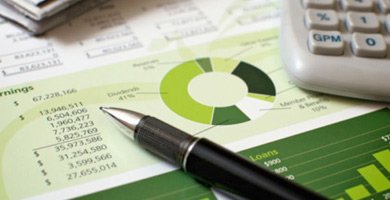 Realistically speaking, it’s always the right time to go solar as a 1.5kW system saves around 2.2 tonnes of CO2 each year, so the sooner you get going, the better it is for the planet. There are many other benefits to installing a PV array and this is especially so now; here’s why:

Installing solar is at its cheapest right now

Going solar has never been cheaper due to advances in technology and the proliferation of systems on the market. The upfront cost of installing a PV system in your home has actually fallen by 75% or more since 2012.

The fact that the prices have dropped so much means that many households are opting to install larger systems than they would have otherwise, with many people going for a 4kW rather than a 2kW array. This can only be good for their electricity bills!

While it’s tempting to wait a little longer to see if the prices come down further, it might not make much financial sense in the long run. Energy prices, according to the Australian Energy Markets Commission, is only going to get more expensive, whereas solar is set to get cheaper. The more you wait, the higher your grid electricity prices will be, so why carry on paying them?

Solar panels have no breakable moving parts and the sun isn’t going to run out of fuel just yet! You don’t even have to get your panels cleaned once a year, as used to be recommended, as modern panels are so high-performing that a bit of dust won’t bother them too much.

Australia is committed to going green, so if your roof boasts a big array, it’ll help you to sell faster and for more. Plus, most panels look a lot better than they used to – no more clumsy-looking rectangles and trailing wires!

Panels are in it for the long-term

Your PV system will last for at least 25 years, probably more, and so once it’s up, that’s it. Many systems pay for themselves after six to ten years, so all you need to do is sit back and let the sun do all the hard work for you.

You’ll be part of something big

More than 15% of Australian households now have solar panel arrays, usually around 4-5kW in size. With a few more technological strides, these mini power stations will start to join forces and become a virtual grid, powering not only domestic but commercial and industrial premises. The fact that it’s solar means that outages will become a thing of the past.